Regular readers of this blog will recognize this text. A version of it was posted last year. Rewritten and translated, I now re-post it in the hope that it might qualify as a contender in 3quarksdaily's philosophy competition. (This may be my last chance of fame and fortune.)

When a woman last year confessed that she would not know what to do if her fetus were diagnosed with Down’s syndrome, Richard Dawkins promptly replied: "Abort it and try again. It would be immoral to bring it into the world if you have the choice." Reactions came from all corners of cyberspace, and Dawkins was later forced to explain himself. Tweeting his opinion had probably been unwise; a medium that allows a little more space for reasoning would have been a better choice. His mea culpa went no further than that. He admitted that he should have expressed himself differently; but as for the opinion expressed, he saw no faults with that: "Apparently I'm a horrid monster for recommending what actually happens to the great majority of Down Syndrome foetuses. They are aborted." I believe, however, that this distinction between the form and the content of his message is less clear-cut than Dawkins believes. People reacted against the tone of his "recommendation" because of the attitude it expressed (toward the "content").

Dawkins is right; the majority of these pregnancies are in fact terminated. In Norway this happens in 80-90% of the cases. But that was not his point, nor was he merely expressing agreement with the majority; Dawkins claimed that there could be no serious doubt about what is the right thing to do in such a situation. In this respect Dawkins agrees with the most militant anti-abortionist. This black-and-white picture is unhelpful in a number of ways. First, as with anti-abortionist slogans, his "recommendation" is likely to appeal only to those already share his view. Blind certainty, whether it be political slogans from the militant right or moralizing tweets from a grey-haired male professor, is hardly the sort advice a pregnant woman in a moral dilemma needs. In fact, there is a danger that she will experience this as undue pressure from on-high (an allegation Dawkins tried, though not convincingly, to wriggle away from since he had portrayed her “dilemma” as being a choice between morality and immorality). Finally, we may fear what discussions, such as the one initiated by Richard Dawkins, might do to our moral sensitivity. If Down’s syndrome becomes a topic of public debate, what does this say about—and what might it do to—our view of human beings with this syndrome? Might we be heading for a society where deselecting such fetuses increasingly will appear unproblematic?

It is particularly these latter questions I will discuss here. The discussion flared up in Norway when Aksel Braanen Sterri, a young social scientist, published an essay in a prominent weekly outlet with the deliberately provoking title "A Vindication of the Sorting Society". His argument relied partly on the observation "…that all parents want their children to be born as healthy as possible and to have all the opportunities other children have." At least good parents do. If prospective parents expressed wishes of children with Down’s or other syndromes, we would question their motives. But it is problematic to model our thinking in this context too closely on the healthy/sick distinction. "What would be so terrible with a society without Down’s syndrome," Braanen Sterri asked, addressing everyone worried about a possible sorting society. "Every medical progress means the danger of eradicating a disease that some identify with." But who sheds tears over the eradication of polio and tuberculosis today? Why assume it will be different with Down’s syndrome?

Well, because Down’s syndrome is different, according to Marte Wexelsen Goksøyr. "You cannot get rid of this condition without killing the person. That's the difference. I am myself a woman with Down’s syndrome. I am not sick; I have an extra chromosome in my cells." You don’t recover from having Down’s syndrome; there are no cures for it. This fact alone, of course, does not distinguish Down’s syndrome from a disease—there are, after all, many diseases still without a cure—but it does make a difference that we cannot because of this fact describe Wexelsen Goksøyr as having an incurable condition. To say that she is "incurably affected" by Down’s syndrome sounds just as awkward as to say that she as a woman is "incurably affected" by femininity—a choice of words suitable only if one’s aim is to make a joke on her expense. Refusing to view Down’s syndrome as a disease, Wexelsen Goksøyr prefers to describe her kind as a special type of human beings. Put differently: Braanen Sterri’s question shall not be answered, but rather reformulated. The question is not what would be so terrible with a society without Down’s syndrome, but rather what would be so terrible with a society without people with Down’s syndrome.

To be honest, I would prefer to stop here. I don't fancy addressing this topic. This confession probably will offend some. There are those who believe an intellectual should be ready to discuss anything. True, open-mindedness is an intellectual virtue; but it must not be so open that one's brain might fall out. A moral community is partly defined by what is not discussed. In Norway, for example, we no longer deliberate on the pros and cons of forced sterilization of Gypsies. But such values are not set in stone. Ali Esbati, a well-known journalist and politician, recently announced that he "is fleeing" to Sweden because of the tone in the political debate in Norway. A significant difference between the two countries, he writes, "is the way in which immigrants are described in the media and in the public debate." Since 2008, it has become commonplace to talk about the immigration problem in Norway, and as Esbati explains: "Constantly seeing oneself described in problem-terms does make a difference." Discussing the pros and cons of having people with Down’s syndrome among us will possibly have a similarly corrupting effect on our culture. And the pro-arguments are no better in this respect than the cons--both contribute to establish this as a legitimate question. That is why I would prefer giving the issue the silent treatment; but I am afraid it is too late for that. Turning my back on it for fear of disgracing myself and degrading those concerned would hardly accomplish anything at all. The topic has already contaminated our public debate--or in less moralizing terms: The chances that an appeal to decency will succeed in silencing the debate are slim since our sense of decency is already adapting to this debate. The questions are out there, discussed in all seriousness by decent people in the columns of distinguished newspapers.

I have sympathies with Wexelsen Goksøyr’s stragegy of rephrasing the question; refusing to discuss it in medical terms, but rather insisting on this being a question about people. Asking what would be so terrible with a society without a certain type of human beings (as opposed to a society liberated from a certain syndrome), does at least strip the possible future we are asked to consider of some of its immediate appeal. But how are we to proceed from this reformed question? Very often the debate gets side-tracked on the issue quality of life. Both Braanen Sterri and Dawkins claim that “healthy” people in general live better lives than most people with Down’s syndrome do, and welcome full-scale fetus selection because it allegedly will improve society’s overall life quality if all fetuses with Down’s were replaced by “healthy” ones. The opposition denies that removing people with Down’s will have that effect. People with Down’s syndrome, according to Wexelsen Goksøyr, often lead happy and fulfilling lives. Why is this a side-track? Because, behind this disagreement lies the uniting assumption that happiness is the central issue here. But if we assumed that people with Down’s on average were less happy than others, would this settle the matter? Of course not. The true problem here is not finding the most efficient way to aggregate happiness—whatever, if anything, that means—but finding ways to express our vision of human dignity and to understand which society serves that vision best. I sympathize with those who answer the reformed question by appealing to human diversity. If certain types of people—children with Down’s syndrome, left-handed people or people who love skiing—no longer were among us, we would live in a less diverse society. "It takes their kind to make all kinds," as the saying goes. A good society, on this vision, is a society which lets a thousand flowers bloom.

Wexelsen Goksøyr does appeal to the core values of the tolerant and inclusive society in her protests, and she does so with an existential force which commands us to listen. "I belong to a minority group in Norway," she writes, and one must be quite tone-deaf not to notice her existential horror at the prospect of "it [becoming] a state project to eradicate [this group], to sort them out." Currently Norwegian legislators are contemplating to introduce ultrasound screenings during the 12th week of pregnancy as a standard, so describing reality this way is not entirely unfair. (But here it is easy to err. Wexelsen Goksøyr lets herself be carried away by her own horror when she draws parallels between this screening program and previous cases of ethnic cleansing. "To wipe out these troublesome people [the Gypsies], to sort them out, children were taken from their parents and put in orphanages. Women were forcibly sterilized, some put in asylums and some lobotomized." If this were the methods by which Braanen Sterri's Down’s-free society were to be accomplished, then his apologia would hardly even provoke (let alone be printed in a reputable weekly). Such practices will not be reintroduced into Norwegian policy anytime soon. And yet, people with Down’s syndrome understandably feel personally threatened by these proposals.)


Obviously, as Richard Dawkins stressed, there is a difference between suggesting that a fetus ought to be aborted and saying of a child that it ought never to have been born. The latter would be downright vile. Dawkins' point was this. Systematically deselecting new people with Down's syndrome shouldn't concern those already among us. We should be allowed to discuss this possibility without offending anyone. My concern, though, is that this distinction might not be as sharp as Dawkins imagines. Is it possible for someone to contemplate a screening program where the consequence (if not objective) is that these children are no longer born without showing a degrading attitude towards such children? Maybe; but I don't see how. It is not simply a matter of chosing words. Limiting each tweet to 140 characters, Twitter is designed for snappy messages. Other media allow more caveats and careful reasoning. This may soften your message; but the unpleasant implications of your message are not so easily escaped. This is what Dawkins and Braanen Sterri don't sufficiently appreciate; that they are caught by the dynamics of the discourse in which they engage. While championing systematic deselection of "unhealthy" fetuses, they deny sending any message to the "unhealthy" individuals among us today. Through fancy distinctions, Dawkins attempts to wriggle away from Wexelsen Goksøyr’s accusation. But this--I imagine she would reply--only results in, well, wriggling: "Oh, my dear no. Of course I don’t mean to suggest that you are unwanted. What I say is merely that when discussing these matters, we must remain open to the possibility that the best solution, when all is said and done, may be that people like you are phased out.”
Lagt inn av vh kl. 21:54 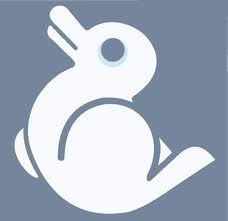